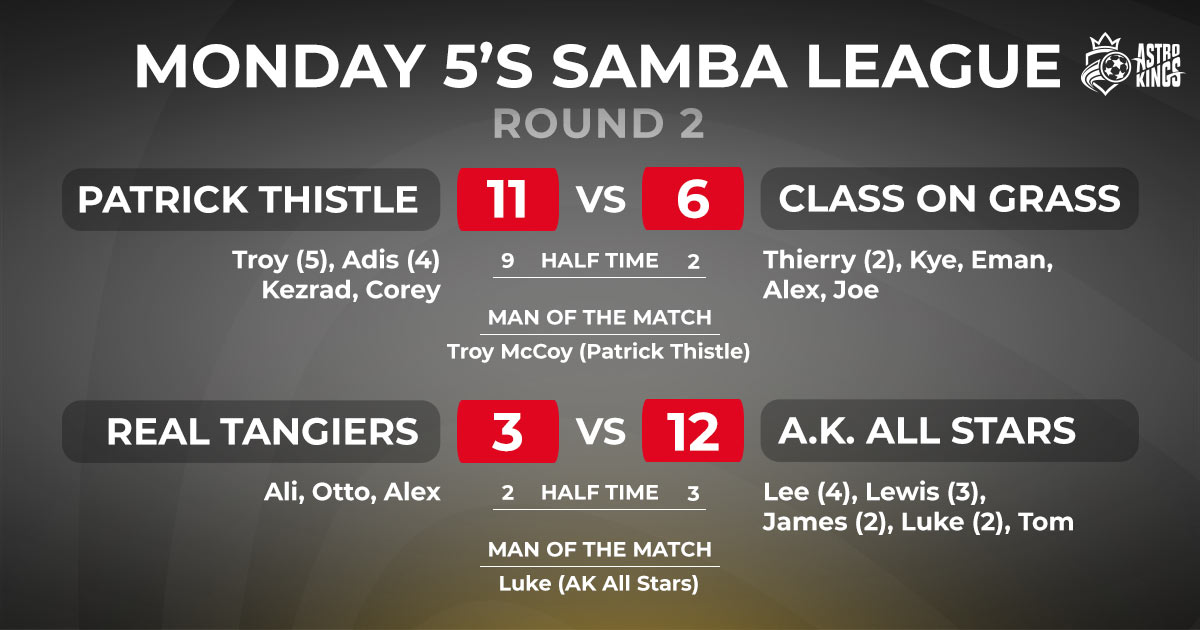 The first game of the evening saw Patrick Thistle take on Class on Grass. It was a close opening few minutes of the game with both teams attacking well, scoring and conceding goals. With the score at two-a-piece Patrick Thistle, with their scoring talisman Troy McCoy hungry for goals; launched into relentless attacks, with the team scoring another seven goals before the break.

Whatever was said to Class on Grass at half-time obviously worked, as the squad came into the second half like a new team, scoring four goals to Thistle’s two.  This wasn’t to be enough though, by the time the ref blew the full-time whistle. With Patrick Thistle doing enough in the first half and protecting their lead; they took the three points on the night.

In the second fixture of the night Real Tangiers faced AK All Stars. It was a great start for Tangiers who opened the night’s scoring, but AK replied quickly, equalising then going 2-1 up. Real Tangiers playing in orange equalised themselves, before conceding again just before half time.

What was a close affair in the first half soon turned into a drubbing as AK All Stars, refreshed and motivated by a half-time talk; turned on the gas and extended their lead to 5 goals to 2. Real Tangiers clawed one back but it wasn’t enough against the all-in-white All Stars who went on to score 7 goals without reply, with all outfield players making the score-sheet.