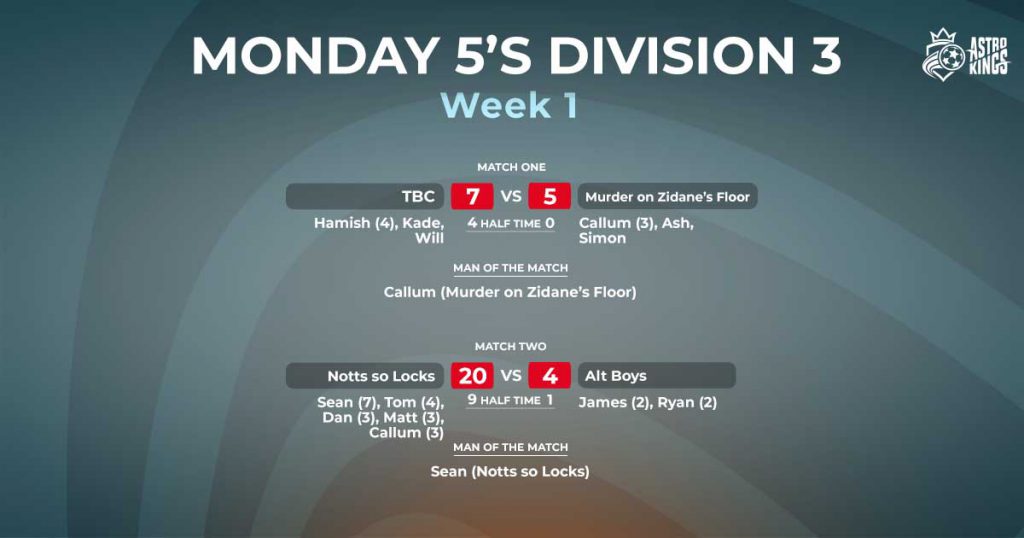 The first game of the season is always an exciting one, with both teams going tooth and nail to ensure they start the season on the right foot. This match was no different. TBC came out like rockets from the kick off, playing Murder on Zidane’s Floor off the park and taking a 4 goal lead into half time. But Murder are not a team to just rollover and came out in the second half with a point to prove. Callum’s 3 goals acting as a catalyst for a 5 goal half. Unfortunetly for Murder however TBC were able to keep their noses ahead to take all three points home

There isn’t too much to say that the score line doesn’t already say unfortunately for Alt Boys. With Notts so Locks firing out the gate and taking Alt Boys by surprise they were able to take an 8 goal lead into the half. Whilst Alt Boys were able to put in a good showing of themselves to grab three in the second half, Sean just had too much on the night and was able to snatch himself 7 goals. With a performance that will surely have all eyes on them now, Notts so Locks have become the team to beat